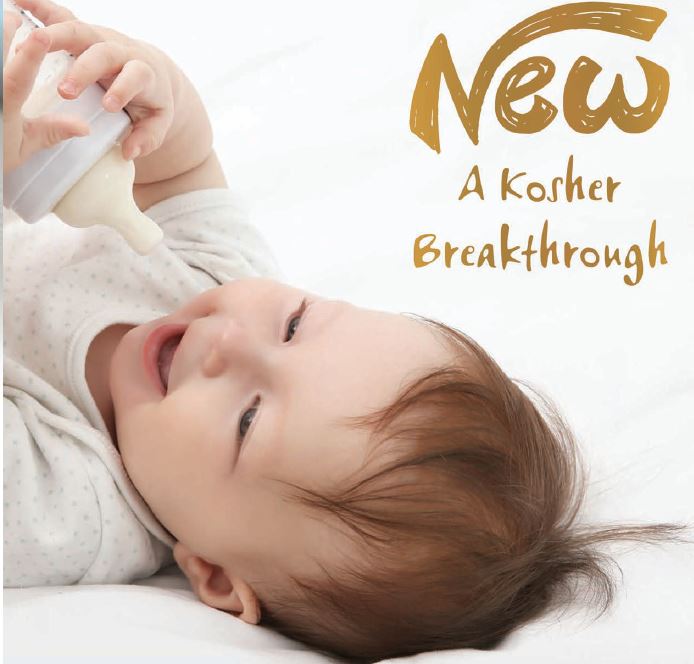 THE SCOOP ON BABY FORMULA

One thing is absolutely clear, no debate or discussion needed. Whenever possible, mother’s milk is the best choice, perfectly formulated by the Master Chemist. However, formula has its place too, for any number of valid reasons. Whether a mother is nursing but must supplement those feedings with formula, nursed her baby but found that the time has come to stop and switch over, or has chosen to bottle-feed, the decision is a personal, and at times difficult, one. But once that decision has been made, more decisions follow. Which formula should she pick? Mother’s milk, cow’s milk, soy milk, in that order; according to the American Academy of Pediatrics, milkbased formula is the formula of choice for most babies. The proteins in the cow’s milk have been altered to make it suitable for an infant, and it’s designed to mimic mother’s milk as closely as possible. It should be fortified with iron, to prevent iron deficiency anemia. Although there are low-iron formulas available, and some parents choose them in the belief that they are less likely to cause stomach upset, the AAP is strongly against skipping that
iron.

Soy has been the default formula for parents who were unwilling to give their baby a milk-based formula that is chalav stam, but now chalav Yisrael milk-based formulas are available. The realization that British parents had the option of using either chalav stam formula or soy formulas led Global Kosher to partner with Kendal Nutricare to develop Kendamil Mehadrin, a premium-quality milk-based formula that meets the strict standards of the British government, and is approved for sale in the U.S. Likewise, J&J offers Sunrise formula, a chalav Yisrael version of Similac.

For the minority of babies who can’t tolerate milkbased formula (and it really is a minority, according to the pros), something different is needed. Soy-based formula accounts for about 25 percent of all sales, and multiple studies have confirmed normal growth when babies are given soy, but it may not necessarily be the best choice. Soy is appropriate for babies who cannot metabolize the lactose in milk properly, but there is no substantial evidence to indicate that it will help babies with colic, and many babies who are allergic to milk are allergic to soy as well. If there is a strong family history of milk allergy, it’s best to talk to the pediatrician about whether it is appropriate to choose a hypoallergenic formula as opposed to automatically starting with soy.

Concerns that the estrogen in soy might affect hormonal development later on have largely been dismissed for lack of substantial evidence. Studies focusing on the role soy formula might play in the future development of peanut allergies are still inconclusive, and further studies are needed. Studies do show that preterm babies gain significantly less when they are fed soy formula as opposed to a standard formula with similar caloric density; therefore, the AAP recommends that preterm infants not be given soy formula.

A very small percentage of babies have genuine allergies that require a hypoallergenic formula, characterized by proteins that have been broken down to make them thinner than the proteins in cow’s milk or soy-based formulas. Enfamil Gentlease and Similac Sensitive have been partially hydrolyzed, while Alimentum and Nutramigen have proteins that have been broken down extensively, for the babies with the greatest sensitivity. Usually there is a family history to suggest the possibility of allergies, which can be confirmed by skin testing.

With the rise of asthma, eczema and food allergies comes an increase in attempts at prevention. Research has demonstrated that nursing until a baby is at least four months old decreases the incidence of wheezing, and offers protection against eczema. While it’s possible that hypoallergenic formulas may also offer some protection, their higher cost makes doctors loath to recommend them in the absence of allergy symptoms.

It’s one thing to try out house brands of pasta sauce or detergent, but when it comes to your baby’s formula, can you really feel comfortable that any brand is fine? Is there any objective quality control out there, or do you have to do the research? Formula is a food, defined by the FDA as “a food which purports to be or is represented for special dietary use solely as a food for infants by reason of its simulation of human milk or its suitability as a complete or partial substitute for human milk.” Any laws or regulations that apply to food apply to formula as well.

Furthermore, since formula is the sole source of nutrition for infants at a critical, vulnerable stage of growth and development, additional regulations apply. Any formula marketed in the U.S. must include minimum amounts of 29 nutrients, and cannot exceed the maximum amounts established for 9 of those nutrients. Formulas with lower amounts are marketed as “adulterated,” unless they have been specifically designed for babies with low birth weights or inborn metabolic challenges, and are marketed as such. Manufacturers must notify the FDA before introducing

a new formula to the market or before making changes to an existing formula, and they must provide written verification that their product complies with the standards set by the FDA.

There’s all sorts of new stuff out there, promising all sorts of benefits. Some formulas proudly proclaim added long chain polyunsaturated fatty acids. Found in mother’s milk but not in conventional formulas, these are thought to play an important role in the development of the nervous system, but there is no clinical research to support those claims or to indicate that the extra cost is justified.

For the parent of a fussy baby, a formula labeled antireflux is ever so enticing. While pediatricians note that reflux will be outgrown and only requires treatment if the baby is not growing properly or there is significant discomfort, it’s hard to qualify “significant,” especially for the exhausted mother at the end of her rope. The suggestion that a different formula can put an end to the seemingly endless fussing has mothers wondering if there is an answer they are overlooking.

Dr. Chana Gelbfish, a prominent pediatrician who has a practice in Flatbush and has recently joined ParCare in Williamsburg as medical director, brings to the table her years of experience in private practice as well as her own experience as a mother, noting wryly that formulas that promise to calm even the fussiest babies are the subject of many conversations between doctors, who have all reached the same conclusion: They sound good, but there is no clinical proof backing up these assertions. Since formula is not a drug, despite the fact that the FDA regulates its nutritional content, manufacturers do not have to back up their claims with substantive studies.

Then again, the fact that there are no simple answers when it comes to parenting should come as no great surprise. 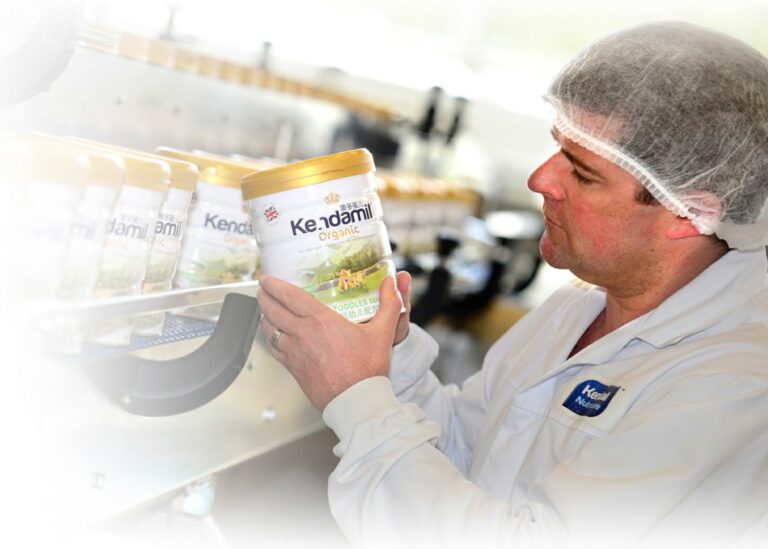 There’s nothing that can compare to breast feeding. the high content of saturated fat- 51%- can give your

THE SCOOP ON BABY FORMULA One thing is absolutely clear, no debate or discussion needed. Whenever possible, mother’s